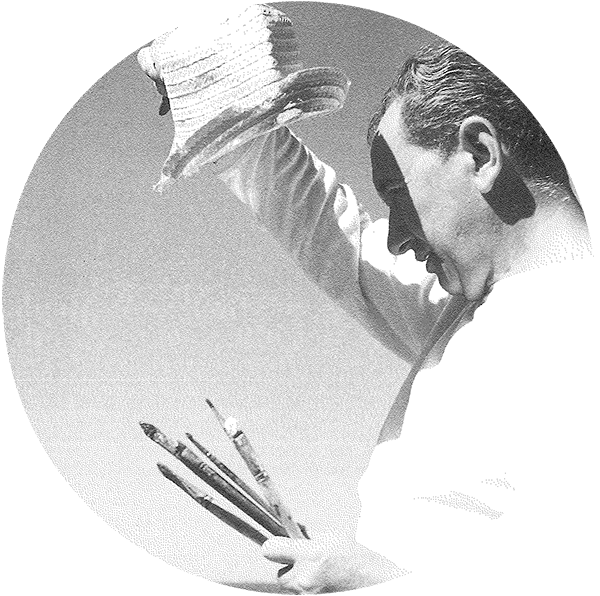 Carlo Giovannoni, painter and sculptor, was born in La Spezia where he lived and worked his entire life.
The works he created in the 1930s as a young and promising sculpture student met with acclaim at exhibitions and contests. Then came his service in World War II.
Upon his return he picked up where he had left off, following his vocation for art into new areas of research, above all in painting (Gruppo dei Sette), until arriving at abstract art and ‘figured abstraction’; he produced a vast number of paintings and drawings and participated in national and international art events. In those same years, he cultivated his passion for sculpture with works in terracotta, bronze and wood (men and horses, other figures, works centring on the theme of maternity, etc.); his sculptures of religious subjects, to be found in numerous churches, are no less interesting.
Giovannoni’s curiosity and his search for new emotions led him, in the 1960s, to work in amateur cinema with FEDIC and for several years he was an enthusiastic producer in the 16-mm form; in stories with an intensely human touch, his short films narrate the daily lives of ‘ordinary’ characters: fragments of humanity.
Although time and ill health took their toll on Giovannoni’s strength and commitment to his art later in life, his works remain as vital as ever.